Edit
This article is about the repair and refuel spacecraft. For the quantum drive, see Vulcan (quantum drive).

185.00 $
The Vulcan is a upcoming medium-sized multi-crew repairing, refueling and rearming space ship made by Aegis Dynamics. The ship was revealed in 2018[1] and has no anticipated release date as of 2021. It is outfitted with two support operator stations that will either take control of the remote turrets or be drone operators that have control over four drones, but each station can only control one drone at any given time. Each drone can be modified with a module to perform either repairing, refueling or rearming and has to return to the ship to change to a different module. 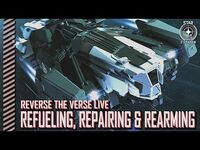 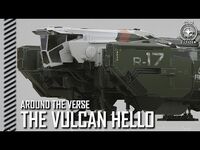 Star Citizen- Around the Verse - The Vulcan Hello