Edit
This article is about the planet Terra. For the star, see Terra Nova.

Terra is considered a "super earth" due to its size and environmental similarities to Earth, the name Terra was chosen because of those naturally existing similarities. Such as an oxygen-based atmosphere, indigenous vegetation, vast oceans, and temperate climates.

Terra is the center of operations for the UEE's Eastern Expansion Program and a trade hub due to its five jump points, it is believed that a sixth one may exist. During the planets initial exploration, "arranged" rocks were found in the deep southern region, but no subsequent intelligent life.[1]

First explored in 2516 by Wei-Yin Song and his team during the Eastern Expansion Program. The system's star was originally named 342A, and the planet Terra was named 342A.03M. 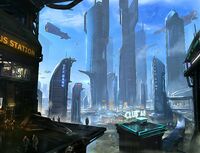 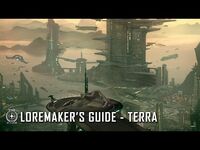