Windows
Plans for OSX and Linux

Not yet rated
Star Citizen is an upcoming space living simulator video game for Microsoft Windows and GNU/Linux[1] in development by Chris Roberts and Cloud Imperium Games. Star Citizen involves first person space combat and trading in an MMO-style Persistent Universe. Separately, Squadron 42. is a branching single player campaign in the same universe as Star Citizen. [2]

Both Star Citizen and Squadron 42 are set in a 30th-century Milky Way centered around the fictional UEE (United Empire of Earth). A strong focus will be placed on player interaction, with player behaviour influencing and being influenced by a dynamic economy system.

Development started in Dec. 2012 shortly after the kickstarter on a modified version of Amazon Lumberyard which was forked from CryENGINE 3, and has no release date revealed.. The game will initially be localized to English, French, German and Spanish with plans to handle other languages afterwards. Chris Roberts currently plans Star Citizen to remain DRM free.

In the single player campaign, the player joins Squadron 42, a legendary volunteer unit assigned to the UEES Paul Steed (CV 023) of the 2nd Fleet of the United Empire of Earth Navy.  The player will spend time in warzones and rise through the ranks, eventually earning UEE Citizenship.[5][6]

For a summary of events leading up to the game, see the wiki article on the Timeline.

Star Citizen will have multiple game types, ranging from a permanent, persistent world similar to contemporary MMOs to an offline, single player campaign with drop-in-drop-out cooperative play. The game will include the option for private servers, and will offer modding tools for these servers at some point after launch.[source?] These mods will not work in the CIG controlled persistent universe.

Star Citizen features an accurate newtonian based physics engine. Ships are equipped with lateral thrusters that are required to turn the ship and reverse acceleration. The game engine will also simulate damage to these systems, making it possible for players to lose a thruster and have their flying inhibited accordingly.

The primary methods of propulsion are thrusters, quantum drives and jump drives. Players will use existing and known jump paths- wormholes- to travel between star systems. Players will have a chance to discover new jump paths, and even entirely new systems. When a player discovers a new path, they will have to navigate the jump path manually before it can be saved into their navigation computer. Players can then have the new jump point named after themselves and sell its location on the galactic market. Players can choose between optional "assisted flight" computers for flying longer distances, and manual flight.[source?]

Ship combat relies mainly on piloting skill and ship balance. When two ships enter combat, they are seamlessly instanced into a battleground. Other ships can dynamically join and leave this battleground, up to 100+ ships (depending on game design). The game will use this dynamic instancing to spread out ship battles and reduce server load. For example, if there are 1,000 ships fighting in orbit of a planet, the game will try to split it into 10 instanced battles of 100 players each.

Quote from Chris Roberts about ship balance in combat: “There is no undefeatable MMO RPG style build in Star Citizen as we don't have character stats that affect your damage. Instead your skill as a pilot is key. In addition the ship design / abilities is very rock, paper, shotgun so every build of ship has a weakness. And in case you're worried that we're going to make the basic missions boring to encourage you to buy credits; We're not!trading and flying missions are the core of the open world experience. They're the fun parts and there is no way I am going to deliberately nerf them to encourage people to pay Zynga style. It's a big reason I'm building this game outside the publisher system.”

This topic is largely undecided and still being discussed by the developers. The current consensus is leaning towards a ship's destruction meaning ship loss, unless you have some kind of ship insurance.

Having insurance is entirely up to the player, but generally players can buy standard hull insurance that covers the ship in most star systems and risk levels. The player can buy additional insurance to insure against the loss of cargo and upgrades. But these extra insurances pertaining to cargo or upgrades (weapons, coolers, thrusters, shields, etc) only cover against losses in certain risk levels or star systems. All insurance policies are associated with one specific ship and last a certain period of time. See the Insurance FAQ on RSI's website for more information.

Additionally, the character's body parts can be injured as a whole or individually. For example, the head, torso, upper and lower legs, and arms have their own health pools and can each be injured which will affect the character in different ways. For example, headshots will more likely lead to perma-death than shots on other body parts. The developers have yet to settle on anything final.[source?]

In 'The Death of a Spaceman' Chris Roberts describes how characters can be 'perma-killed' after sustaining a high number of defeats in battle, where all property of the character can be given to another character to prevent extreme progression loss.[7] In other words, when a player-character dies, the player will be able to create a new character as the former's heir or next of kin.

Trade and transportation should be an important part of Star Citizen gameplay. A large variety of ships include a cargo area which allows transportation of specific amount of goods. These areas are identified by visual indications on the floor made of text, draw lines and sometimes blinking light indicators.[source?] Container can be brought to the ship and locked to the ground of the cargo area to prevent any movement during flight.[source?]

In case of a ship destruction, Container might be released to space or destroyed.[source?]

The Star Citizen economy will be based around the United Earth Credit, earned in-game or from backer pledges. Developers have discussed the possibility of micro-transactions, but have asserted that these transactions will only buy United Earth Credits, as opposed to the common MMO model of having one game currency and one micro transaction currency.

The in-game economy will be dynamic and player-driven, with supply and demand factoring heavily into vendor prices. NPCs and factories will also play a significant part in the economy. Vendors do not generate items, and instead must obtain them from factories, players, or other NPCs, which must in turn obtain the raw materials from mining facilities. Vendors, players, NPCs, or factories can place requests, missions, or contracts on various mission boards. Missions can include but are not limited to things such as transporting finished products or raw materials to construct all the items they sell.

For example, if shipments are interrupted, vendors will raise their prices until they run out of stock. If they are consistently interrupted, the vendor will place a mission to escort trade ships on system mission boards.

There are many ships that are planned to be included in the Squadron 42 and Persistent Universe games. These range from the smallest snub fighters and ships such as the Merlin and Aurora, to the largest capital ships such as the Bengal Carrier and Retribution Dreadnought. For the most up to date official information on the various ships, please see RSI's ship stats page. Note that the information is subject to change.

Here's the wiki page on ships

One of the pledge goals included the presence of 100 star systems at the launch of the Persistent Universe (PU)[9], which includes our own Solar System and many others.

In 'From Pupil to Planet', (Dec 2015) Cloud Imperium Games, showed their prototype for procedurally generated planets. It is currently unknown when this prototype will be implemented into the game.

While Star Citizen itself isn't a typical MMO (it will also have single player and private multiplayer modes), , there will be a persistent massive multiplayer universe (MMU) offered to players. This persistent universe will be similar to Freelancer's multiplayer servers, but on a much grander scale. To reduce server costs, Star Citizen will use dynamic instancing to limit the number of players that can interact at once, while still offering a unified game world. As Chris Roberts put it, "if there were 10,000 people in orbit around Earth, that'd be 100 different instances of 100 different people." If instancing does happen, players will be able to travel between instances and join other players. Dynamic instancing has been said to apply to spaceship combat as well as planet side rooms such as bars and orbit areas of space. You can follow your friends or other 'Persons of Interest' (POI) by tagging them with a yet unknown in-game system. This will allow you to follow people for missions through multiple instances. Friends may also join you in a battle instance if they are in your system, or if you have a multi-crew ship like the Constellation (4 crew max) then your friends can drop in, run around the ship as in an FPS and man the turrets, the cockpit, or the fighter. The design of that multi-crew system has not yet been finalized.

The main story campaign will support co-op multiplayer, though the precise nature of co-op play (private server or MMU) is unknown.

Star Citizen uses a similar model to ArenaNet's 'buy-once-play-forever' model; players only need to purchase the base game to play all of the content.  Star Citizen will not require a monthly subscription fee nor will players be required to purchase in-game add-ons.  It is possible that the game will support microtransactions for in-game currency, but Cloud Imperium Games has been firm in stating that anything that is available in the online store will also be available via normal gameplay. 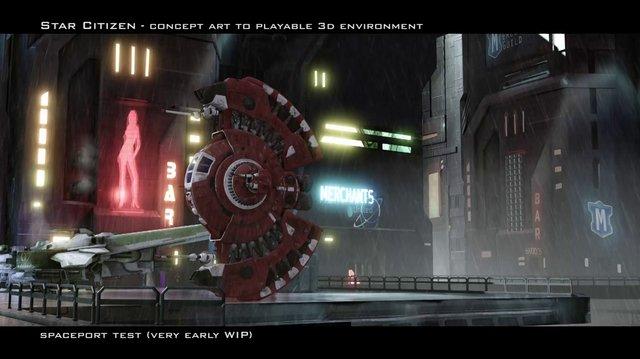 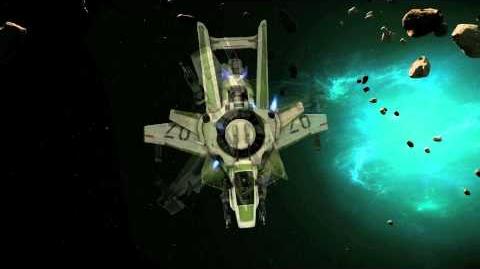 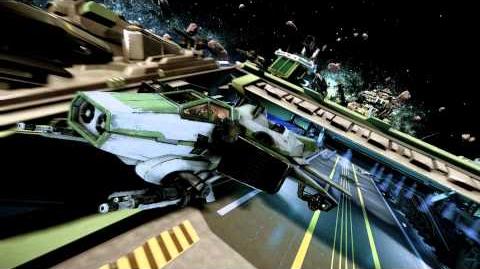 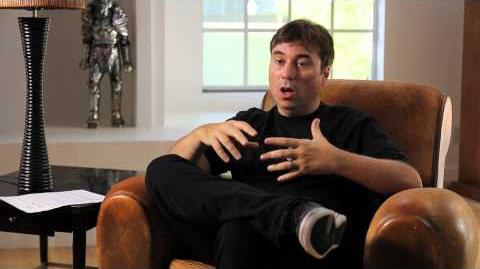 Star Citizen - What is It?