The advanced species are those which, by their development due to particular factors, have developed an intelligence which goes beyond simple animal sentience. These species interact through complex social patterns, and use objects rather than what nature has endowed them with, in order to optimize work. Their complexity and self-awareness has placed them on an upward slope towards the rank of species of undeniable intellectual superiority.

"Civilizations" are the species which have reached the stage, by social, cultural and scientific development, of Civilization. These species are generally in the era of space travel, and have therefore transcended the borders of their home world. Their technologies are advanced and cutting edge, and their culture is powerful. 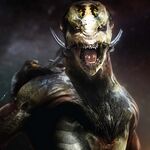 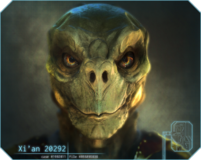 "Developing species" are species that begin the long evolutionary path to the stage of an intelligent species. From those who adopt their first tools and their increasingly evolved behavioral patterns, to those, enigmatic, who have developed in a curious way to adopt new modes of communication, or to survive very particular environments they all have the particularity of straining the limit between the animal and the being endowed with conscience. However, the legislation recognizes the need to protect them, in particular with, for humans, the famous Fair Chance Act.

Species whos fate is unknown, only remains of their existence had been found.