The Sol system is a single star system with a yellow dwarf that is orbited by nine planets and is "connected" to the Davien system and Croshaw system through jump points.

It is birthplace of humanity and it constitutes the political and administrative center of the United Empire of Earth on Earth (Sol III). It is at the same time the seat of the Senate, the residence of the Imperator and the shelter of the Tribunal. Among the many historical milestones the system can lay claim to have the first ever terraformed planet, Mars (Sol IV) in 2157. It therefore has a major strategic interest and is therefore highly protected.

It’s no secret that Earth is set in its ways. All roads lead to Earth and the system is designed to support native-born Humans above all others. Tax policies support Earth-based corporations at the extreme disadvantage of those based on worlds like Terra, while representation in the UEE Senate continues to skew disproportionately in favor of Earth’s populace. Contrarily, Earth wants for everything. Thousands of years of Human civilization have left many of the planet’s natural resources exhausted and the system imports trillions upon trillions of tons of food, raw metals, manufactured goods and everything else imaginable. If it were not for the so-called “balance tariffs” keeping prices uncompetitive, this would be an ideal situation for any erstwhile shipping magnate. As it is, a run to Earth can barely be guaranteed to provide more than a 5% profit … and that’s before you get to the exorbitant docking and refueling fees for spacecraft carrying other systems’ registration numbers.

The UEE military, Advocacy and various police arms patrol the system ceaselessly and they are notoriously uncompromising when it comes to punishing wrongdoers in the system. There is no faster way to get an extremely high bounty on your head than to commit a crime, even a minor infraction, in space near Earth. The military dockyards in Earth orbit are home port to no less than five Bengal and at least one is drydocked at any given time.

The planet itself is pockmarked with starports, a natural evolution of nearly a millennium of Human space travel. Three of these have taken the throne as the significant import/export centers of the world: New York in North America, Moscow in Europe and Shanghai in Asia. 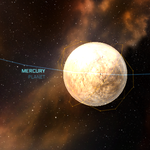 Due to an orbital eccentricity, this small planet experiences the greatest temperature variations of any planet in the system. 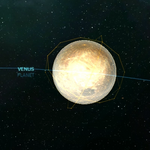 Venus atmosphere is comprised almost entirely of carbondioxide, which makes it the hottest planet in the Sol system. 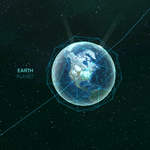 Earth: cradle of Humanity, heart of the Empire, birthplace of mankind. Put simply, Earth is the capital and namesake of the United Empire of Earth and it is the seat of power that governs everything from rising systems like the Terra system to distant colony worlds that barely impact the homeworlds’ economies. Home to the Imperator and the UEE Senate, Earth sets the standards for everything that happens in the Empire, from moderating economic models, to setting social trends, to organizing military campaigns. While other more strategically located star systems, like Terra, have begun to make claims for higher standing in the Empire, Earth is still the acknowledged center of the universe. Centuries of habitation have stripped the planet of its natural resources resulting in a heavy dependence on imports for the billions that live here. 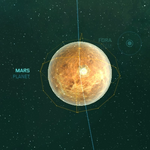 Mars is a prosperous and populous planet, and the first successfully terraformed planet in the UEE. The process was marred by what is today known as the Great Mars Tragedy when a terraforming disaster killed 4,876 people in 2125. 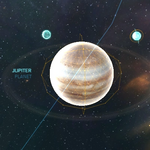 This gas giant is the largest planet in the Sol system. 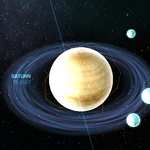 A gas giant best known for its set of planetary rings. 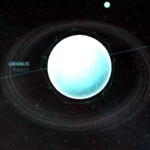 This ice giant has an unusual lopsided magnetic field due to a dramatic tilt of its axis that places its north and south poles where most other planets have their equators. 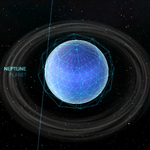 An ice giant whose differential rotation contributes to it having the strongest winds in the sol system. 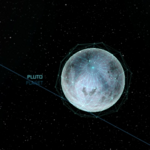 This dwarf planet was the first Kuiper Belt object to ever be discovered and is primarily made of ice and rock.

Though it is no longer in active service since the Marine forces stationed here were reassigned to Mars, the base remains strictly off limits.

This orbital Naval base acts as the main operational center for the Sol fleet.

A major shippping hub where most cargo moving to Earth is first processed to help alleviate congestion on the Empire's capital world.