Before Scythes were officially introduced to the public in Jump Point 4, there were but hints that the Vanduul ships with blades might be called Scythes.[3]

They appeared in Star Citizen trailer acting as an agressor against Bengal and its escort.

"He sliced Poll’s ship in half with his wing", which indicates that the raider has a wing formed like some sort of blade, and the only design fitting this match so far, is this one.

During that same fight Cal states "a dozen MORE Scythes" indicating that they were already present in the fight. Also, the ships design is that of a scythe (One large curved blade).

During the crowdfunding campaign livestream, Chris Roberts compared the Vanduul Fighter to the Hornet in response to a question asked on Kickstarter. He indicated that the Vanduul Fighter has 12 maneuvering thrusters, is to some degree more maneuverable than the Hornet, and confirmed that the large 'wing' is indeed reinforced for use in ramming attacks. In terms of armament, the Vanduul fighter lacks the Hornet's articulated gun mounts (fixed forward fire only), has fewer guns overall (though those guns are heavier), and carries 7 missiles to the Hornet's 8. 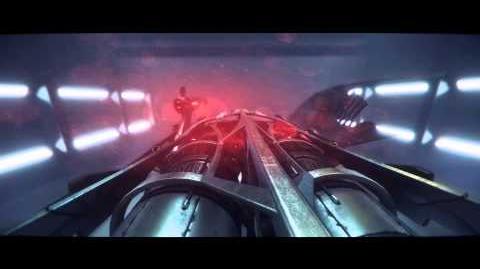 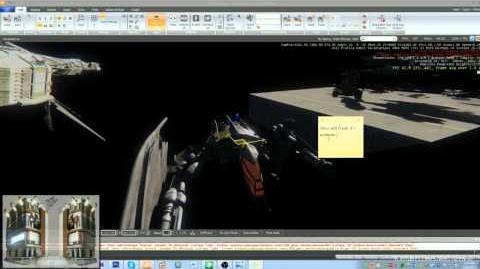