The Min system is not a star system in the traditional way because the system has no star. The system is made up of one planet, Min I, a uninhabitable rogue planet orbited by four moons. The only Human population can be found on the moon Min 1b. And the system also has two jump points leading to Ellis and Nexus.

Min I is a gas giant dominated by ammonia clouds. Unattached to any known star it is drifting through space and pulling four orbiting moons along with it. 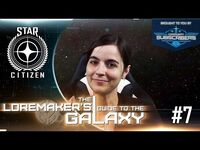