1400.00 $
The Kraken is a upcoming multi role - light carrier capital size ship manufacturer by Drake Interplanetary. The main focus of the Kraken is to operate as a mobile operating base with being able to repair, refuel and transport small to medium size ships as well as cargo.[1] The Kraken is also available in the upgraded Kraken Privateer variant that trades cargo capacity for commerce.

The release date has not been announced as of 2021.

Landing pads
The Kraken has four small and two medium size ship landing pads, a integrated hangar for small ships and a vehicle bay for Dragonflies or similar size vehicles.[2]

Repair, refuel and cargo
Any ship landed on a landing pad can be repaired or refueled as long as the required resources are available. Every landing pad is connected to the internal cargo tram to transport cargo from and to the Kraken cargo holds and also has access to a two bedroom hab. 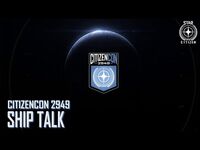 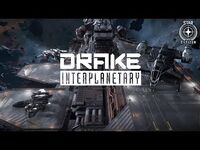