Hangars will be used to store ships, vehicles and components within the Persistent Universe in a future content update. Hangars are available in multiple tiers from different manufacturers that allow to store ships and vehicles, higher tiers allow to store larger or multiple ships.[1] Every hangar can be customized with various amount of furniture or other items.

During The Next Great Starship all hangars were temporarily increased in size (Deluxe version) to display the ships of the two finalists.[2]

In the current form hangars can be visited from the main menu and allow to inspect ships and vehicles but can not be operated. 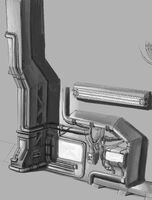 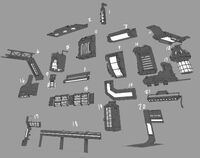 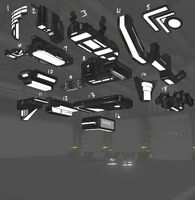