175.00 $
The F7C-M Super Hornet Heartseeker is a small 2-person medium fighter from Anvil Aerospace, it is a special edition of the F7C-M Super Hornet that was made available for a limited time during valentine 2019,[1] and later again during Coramor 2951. All four gun hardpoints have Behring Laser cannons and it also has two missile racks. 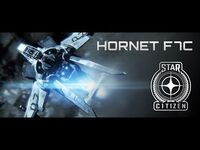