Elysium is the home system of the Tevarin. it was incorporated into the UPE at the end of the First Human-Tevarin War and cleared for human habitation. The system became the focal point of the Second Human-Tevarin War, when the shattered remnants of Warlord Corath'Thal's fleet crashed into their former homeworld to end the conflict.[1]

A rare example of a gas giant that formed in the outskirts of the system and migrated to its current orbit very close to the sun. Because of its proximity to the systems star, its atmosphere is really hot even for a gas giant, and strong winds on its surface are a result of this, which complicates refueling from here.

An uninhabited rock covered in deep impact craters. Scientists speculate that the planet was hit by a roaming asteroid. Tevarin historians have not contributed to this discussion.

A sprawling arid dessert, the surface of Vosca is a merciless environment. Inhabitants constructed the large arcology of Reza's to shield themselves from the raging sandstorms, which also represents one of the planets biggest landing zones. Water is a sparse resource on this planet, with some small water mining occurring in the polar regions, though the import of water through trade is still necessary.

The former Tevarin homeworld known by them as Kaleeth, Jalan is a beautiful alien world, known for its fields of stunning and bizarre rock formations. The planet still maintains some of the oldest Tevarin structures that managed to survive both Tevarin-Human wars. A handful of them are located in Gemma, the capital city of Jalan.

A distant, dead planet on a long orbit around the star. 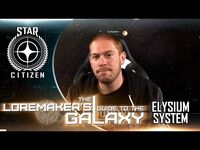