Crusader Industries is a private spacecraft manufacturer that recently has committed to designing and building military-grade ships and equipment.

A producer of large commercial vessels, among its more popular products is the Genesis Starliner, a luxury transport operated by civilian passenger lines across the galaxy. Crusader also produces a number of military support ships, including the M2 Hercules military transport and the Mercury blockade runner. 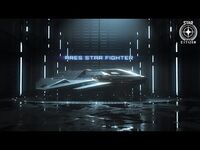 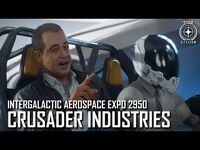