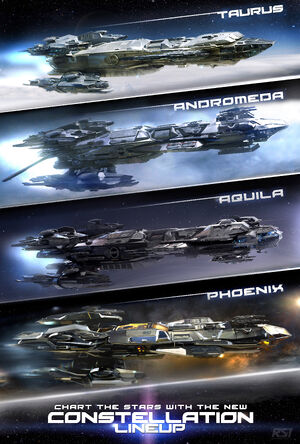 When you think handsome bounty hunter making his own way in a galaxy of enemies, you think the Constellation. A multi-person freighter, it is the most popular ship in RSI’s current production array. Constellations are beloved by smugglers and merchants alike because they are modular, high powered and just downright iconic looking. The Constellation includes a manned turret, a large cargo area and a small flight deck capable of launching a snub fighter in its own defense.

The constellation model from 2918 is referred to as "the one misstep in RSI's proud lineage[1]" due potentially to issues with the construction of the hull and its plating.

The Andromeda is the base model available of the Constellation. It comes with a P-52 Merlin.

The Aquila is the exploration-focused variant of the Constellation line. It comes with a redesigned cockpit for extra visibility, an advanced sensor package, a P-52 Merlin and an Ursa Rover used for planet-side exploration.

The luxury variant of the Constellation, the Phoenix comes with a completely redesigned interior, a sensor-dampened area for discrete cargo storage, a Lynx Rover and the Kruger P-72 Archimedes fighter.

The Taurus is the freight-focused variant, consisting of only the most basic configuration and an expanded cargo hold, at the expense of a Snub Fighter dock and powerplant size.

Identical to the Phoenix but comes with a P72 Archimedes Emerald.

GB Installed on weapon gimbal. The two bottom side gimbals are permanently attached. 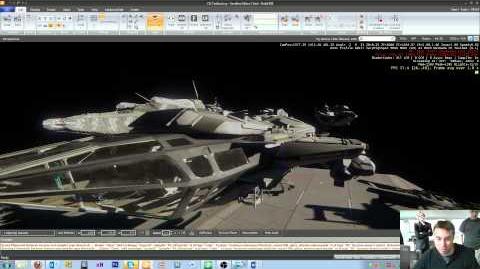 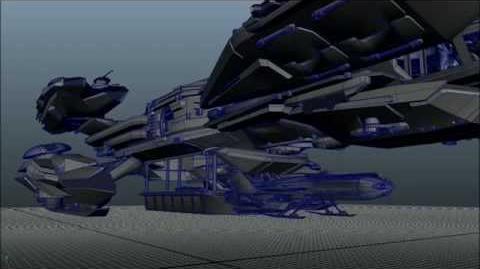 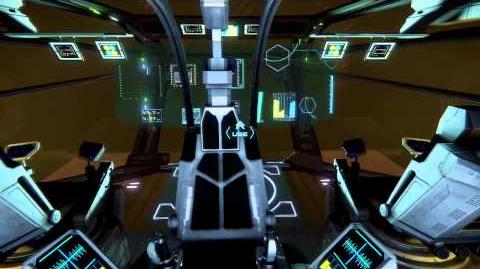 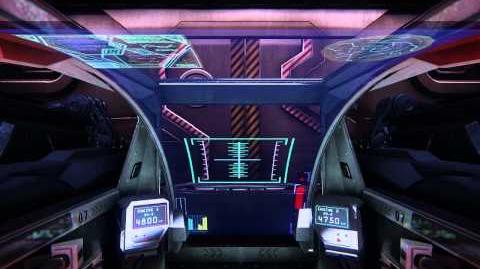 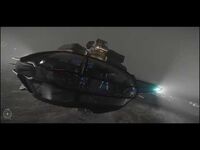