Bremen rightly claims to be “the smallest star system with the biggest impact on galactic affairs.” For just over five centuries, Bremen and its unassuming planet of Rytif have been a surprisingly important element in everything from intergalactic warfare to the overthrow of the Messer regime; today, it has surprised the galaxy again by becoming a wholly unexpected center for high tech spacecraft industry.

A K-type main sequence star located at the outer reaches of Sharon’s Nebula, Bremen was first visited by legendary for profit explorer Bao Yun in 2441. Yun’s crew charted the star’s four worlds, identified the only green band terraforming candidate as “unremarkable” and promptly sold his spotter’s rights to the United Nations of Earth. The UNE expansion council marked Bremen for development and standard terraforming of Rytif soon followed. Within two decades, the system was ready for a slow influx of Human settlers. While most homesteaders were attracted to risky, resource rich systems, Bremen was seen as a “safe” alternative by some.

Then, at the dawn of the 27th century, man found himself again making war on aliens. With the Second Tevarin War in full swing, the burgeoning United Empire of Earth was in great need of dependable resources to support the conflict against Corath’Thal’s armadas. With the core worlds focused on producing ships and weapons, the UEE reached out to its more distant colonies. Aiming to both incorporate these worlds in the war effort and to take some of the burden off the over taxed planets closer to home, planners were surprised to discover that Bremen II’s ecosystem was uniquely capable of growing low perishable foodstuffs.

In a matter of months, Bremen was outputting the majority of food provided to UEE military units on the front. The population skyrocketed as speculators arrived to purchase farmland, and many of the ‘timid’ original colonists found themselves millionaires several times over (including, notably, homesteader Arcturus Koerner, the planet’s de facto Governor). For seven years of war and an ensuing two decades of peace, Bremen’s farms, packagers and shipping facilities were an economic powerhouse like nowhere else in the industry.

By 2640, however, the system’s population had again begun to dwindle. Humanity’s fortune was on the rise, and the newly fortified Empire now craved more variety than Bremen’s simple sustenance could offer. The planet seemed to be resigned to the dustbin of history, its part in a popular war nothing more than a footnote. Ultimately, it was exactly Bremen’s return to its prior, unassuming status that led to its most important role yet. In 2792, anti-Messer activists began using Bremen as an operation hub to organize the overthrow of the regime. Revolutionary minded expats who had previously escaped to the Xi'an Empire were smuggled back to launch their conspiracy from Bremen.

The extent of Bremen’s role in the overthrow of the Messer government remained a secret to the general populace until the Senate released declassified communications between Resistance members within the government and the revolutionaries on the planet. It was this evidence that directly led to the planet’s official recognition just five years ago (although some speculate that the discovery of previously unidentified valuable ores beneath the surface a year ago might have been the real or contributing reason).

Today, Bremen is home to a growing aerospace industry instigated by Silas Koerner — a descendant of the system’s most wealthy original homesteader — and his Consolidated Outland group. Bremen has become the first ‘outer world’ to produce a complete spacecraft, with thousands of Mustangs flying off the assembly lines every day. With a rich history and a variety of natural resources at hand, Bremen seems set to remain something of a unexpected powerhouse in the modern, post-Messer Empire. 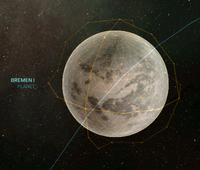 The first planet in the Bremen system was described in only four words in Bao Yun’s survey: “a small, dead rock.” The ensuing centuries have not added significantly to Bremen I’s mystique, and there is no proliferation of minerals or other resources that make visiting the planet profitable. The rock has, however, become something of a legend among modern explorers leaving Bremen for parts unknown: it’s now a tradition among many to ‘tip your wings’ towards Bremen I while within visual range of the planet for good luck before setting off on a long distance run. Rytif 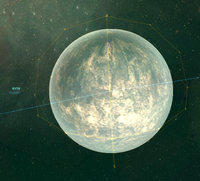 Breadbasket, forge of the revolution and high tech headquarters: Bremen II, formally recognized as Rytif, is the planet that has worn so many hats. Rytif is currently home to Consolidated Outland’s growing starship empire, and it is the personal home of the company’s eccentric founder. The recent discovery of subsurface mineral deposits combined with the planet’s long history of agriculture means that Rytif is a rare “self sufficient” terraformed world that can theoretically exist without any interstellar commerce. In reality, Rytif is anything but an isolated world, with the popularity of the Mustang line bringing trade from around the galaxy.

Despite the planet’s storied history and recent popularity, Rytif’s settlements retain a ‘small town’ sensibility. Visitors are usually directed to Stalford, a mid sized city located just north of the equator. Stalford has long been the farming headquarters of the planet, with water farms and commercial vivariums ringing its surrounding hills. A variety of tourist-centric monuments to the role of the planet in the fall of the Messers have sprung up in the past five years, and tourism also seems poised for a growth spurt. 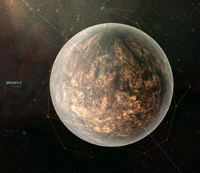 Bremen III is a coreless world located well outside the system’s green band, beyond any reasonable hope of terraformation. Bremen III was home to a reasonable amount of mineral resources upon the system’s discovery, but it was quickly strip mined clear to support the development of Bremen II (both the initial terraforming and the move to war footing). Today, there is little reason to approach Bremen III; though the same was said of Rytif itself in the years before its involvement in the overthrow! 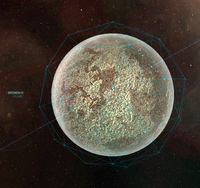 Considered by locals (without a significant body of evidence) to be the star’s “guardian planet” for its role in keeping comets clear of the inner worlds, Bremen IV is a massive ice giant. This swirling mass of hydrogen and other gasses is interspersed with variable fields of ice, making for a particularly beautiful planetscape. Unfortunately, raw refueling operations at Bremen IV are nigh impossible, owing to the lack of clear gas fields. It is not uncommon to find the wreckage of stubborn Starfarers or Caterpillars that have attempted this, in decay orbits around the world. 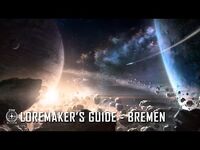