The Banu (pronounced: /BAH-nu/) were the first interstellar species encountered by humans in 2438, and soon after, they became humanity's first interstellar allies. They were discovered by a NavJumper named Vernon Tar, who was out exploring and nearly started a war by taking a shot at a Banu pilot. Once the two civilizations came together and signed the first Interstellar Peace & Trade Accord, they began to trade technology and help each other expand into the universe. Once they spread out, they formed the Banu Protectorate to oversee all of their systems. Bacchus II is believed to be the Banu homeworld, at least the UEE thinks so because this is the world where the Banu convene for ‘Gatherings’ (which isn't often). A fact the Banu evade with aplomb.[1][2]

Humanity’s first interstellar friends. Discovered by a NavJumper named Vernon Tar who was out exploring and nearly started a war by taking a shot at a Banu pilot.[3] That Banu, as it turned out, was on the run from local officials for embezzling funds. A delegation party from the UNE helped to defuse the situation and opened up the first dialogue between the two civilizations.

Once the two civilizations came together and signed the first Interstellar Peace & Trade Accord, they began to trade technology and help each other expand into the universe. Once they spread out, they formed the Banu Protectorate to oversee all of their systems.

Little is known of Banu history, due to their culture. The Banu do not value history at all and soon forget what is past only focussing on current technologies and practices. What is past is past and what matters is what a Banu has in hand now. Additionally, the Banu have a shorter lifespan than humans, so due to the turnover of generations, history is forgotten even faster.[4]

UEE : Friendly
Xi'an : Friendly
Vanduul : Precarious but friendly. This breaks down to a planet-by-planet basis but generally the desire for money and trade outweighs loyalties and grudges.
Kr’Thak : Unknown

The Banu can pull together a formidable fighting force if needed, but they do not have a dedicated standing army. Instead, the Banu Militia keeps the (relative) peace on a day-to-day basis within their systems. This militia operates on a rotational basis, drawing volunteers (even some criminals) from the various inhabited planets within the system to keep an eye on things in space. To call their approach to law enforcement ‘fast and loose’ is an understatement.

Suffice it to say, there is a lot of crime in the Banu Protectorate. The woeful lack of communication between the various planet-states means that criminals can simply hop from world to world when his/her current world becomes too dangerous. Since the UEE (even the Advocacy) is forbidden to pursue criminals over the borders, the Banu Protectorate is a haven for UEE criminals. And if an attempt is made to reclaim fugitives through official channels, very few of the Banu planets will extradite any fugitives found on their surface.

That hasn't stopped some of the more creative thinkers within the Advocacy from sending Agents undercover, tracking and abducting fugitives, then smuggling them back into UEE space.

While many Banu will deal with you honestly, they have what can be described as a lax view of crime and expect visitors to look after themselves, so keep your wits about you at all times. Some travelers find hiring local Banu mercenaries or Defender escorts to be a sound investment.

If you are the victim of a crime, you will be expected to hire a security Souli to investigate the matter for you. In cases of theft, many are willing to take a percentage of the recovered goods as their fee.

One of the biggest dangers that Humans can encounter in the Banu Protectorate is slavery. We strongly advise people avoid the “Servant Markets” of Kins II for this reason. However, please note that if you are captured by Banu slavers you will most likely be offered the opportunity to purchase your own freedom. There are few companies that offer travelers slavery insurance in case of emergency.[5]

Republic of Planet-States, each run under its own political system. The leaders (or selected representatives) of each planet will gather for a quorum to discuss/debate legal and trade issues that affect the entire species. Otherwise, each is left to their own devices to succeed or fail.

Trade is the name of the game in the Banu systems. While each of the planets boasts its own specific flavor of culture and tradition, a love of money and trade bind them all. Banu worlds are vibrant, dangerous places with criminals and nobles brushing shoulders in the various marketplaces. Anything can be found with the Banu if you have the credits.

Having said that, we should also note that this doesn't describe every single Banu; just most of them. You can create a Banu who despises the whole profit-oriented focus, or an impetuous Xi'an. But they probably have difficulty fitting in their society.[1]

Multiple. Unsurprisingly, the two deities with the greatest following are Cassa, the Patron of Luck, and Taernin, the Great Traveller.

The Protectorate’s spiritual center is located in the Trise system. While the Gatherings on Bacchus II handle the legal and political, “The Council” is responsible for the social and moral dictums that define and direct Banu society.

Their calling requires pure objectivity when dealing with their own race, so they are separated from the rest of their people in so much as is possible.

There are no great Banu pilgrimages, though, so do not expect worshippers to flock to the system. That the Council must be separate from the rest of society is law. Banu monk equivalents do produce elaborate copper-based artwork which has a certain kitsch value; their healers concoct a variety of medicines which have been shown to have a positive effect on Human disease.

Known best for their industrious nature, Banu pride themselves on their artisanal craftsmanship and astute business acumen. Rather than the traditional family units or corporations typically found among Humans, the Banu instead have a societal structure that combines both into one single unit – the Souli. Often translated as ‘guild,’ the Souli is the foundation for life in the Protectorate, where Banu work and live together. Each Souli specializes in a specific industry and can vary widely; from a ship manufacturing Souli, to a trade Souli, even a Souli that raises Banu young. There is a Souli for everything. This regimented division of labor translates directly into the skilled expertise present on Banu worlds, markets and trade-vessels making for a memorable visit.

For many who visit the Banu, the biggest draw will be the markets which many consider to offer some of the best shopping anywhere in the universe. Not only can you peruse the elite craftsmanship of the various Souli, but because the Banu trade with many other species, you can often find exotic goods from almost every corner of known space and some items from even farther than that. Wandering down the crowded stalls of a Banu Flotilla can be a treat for the senses, but to get the full experience you will definitely want to have the fun of purchasing an item of your very own. For those looking for just a small keepsake of their travels, a popular item to purchase is a tholo, a small three-sided token representative of Cassa, the Banu patron of luck.

When visiting any Banu population center, from the smallest enclaves to the thriving cities, you will notice one thing: they are always built around a central marketplace. Human anthropologists theorize that early Banu societies must have grown around crossroads, placing themselves along the confluences of travellers allowed them to maximize their exposure to goods moving around their planet. The more popular crossroads attracted more and more Banu until permanent settlements began to take shape around them. Interestingly enough, these are just theories and not even Banu ones. The most comprehensive historians of the Banu culture are actually Humans and that only goes back as far as our first interactions with them. The Banu belief that one should always live in the present has created a cultural mentality that disregards facts of the past. To that end, while technical knowledge will be preserved (until they come across a better design), all other facts (historical figures, key events, even their own homeworld) have been lost to the ages. So, while Humans place great value on deeds and noteworthy actions, to the Banu it is the accumulation of material goods that truly represents a life well spent.[5]

Like the UEE, the Banu are also interested in Sataball. It is the raw, physical mechanics of the sport that make them so enamored with it. Most Banu have eschewed the more traditional route of picking a favorite team to support and have instead opted to root equally for both teams when they attend a Sataball game. It doesn’t matter who wins or loses, what they are invested in is if the match is as exciting as possible.  According to statistics provided by the Sataball Professional League, in 2944 Banu sales made up almost 35% of the total ticket revenue for the year, with border systems having even higher attendance numbers. In response, some locations have started catering to this unique demographic by offering Banu concessions and announcers.[6]

Spacecrafts manufactured by the Banu. 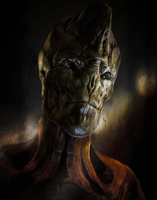